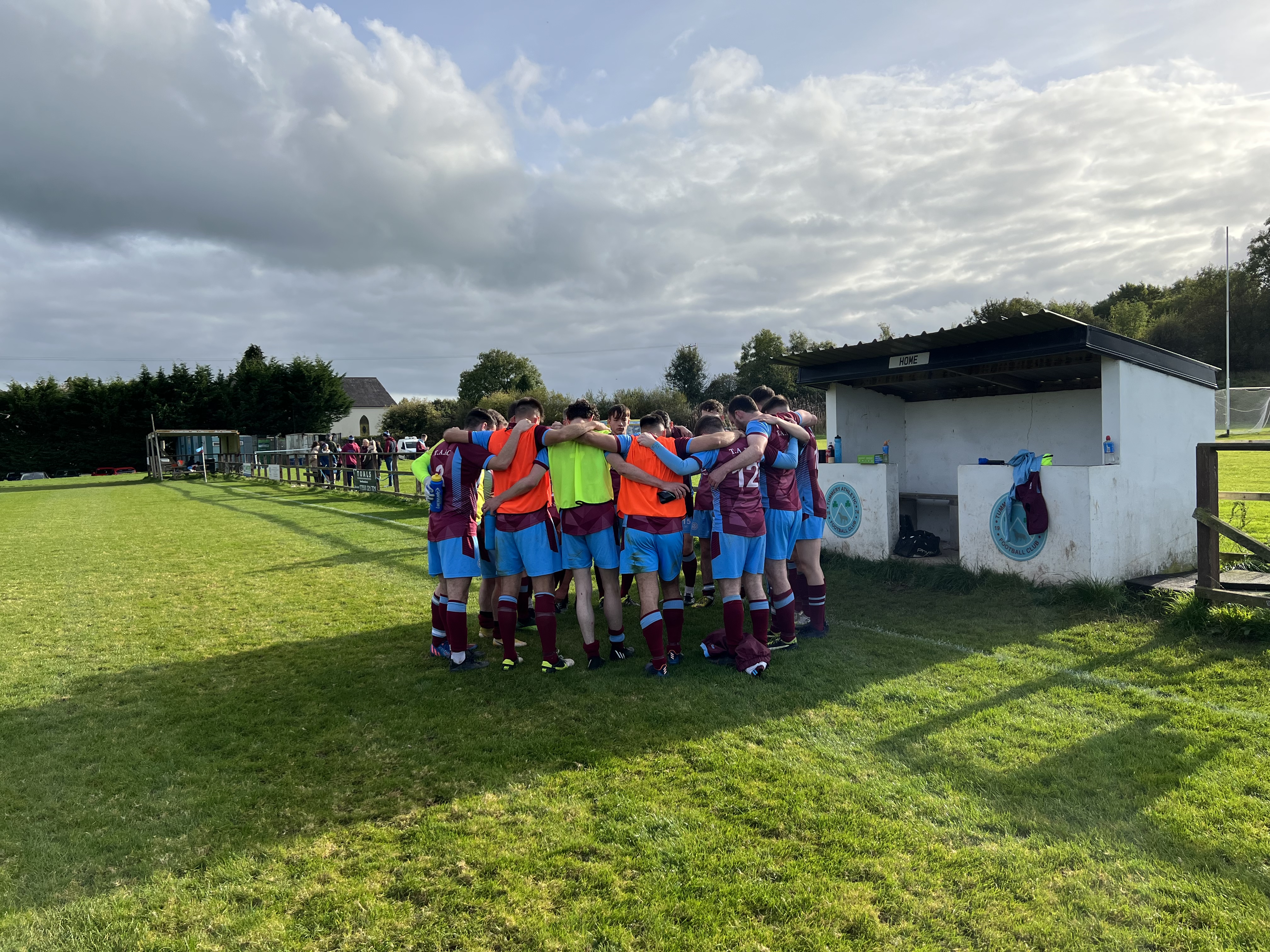 Tummery returned to league action this week for there first game in several weeks due to postponements and free weeks, with last weeks game postponed due to falling foul to the weather on a wet crawfords lane. Harps came to crawfords lane having taken 13 points from 5 games, both teams unbeaten this far.

Ryan named his starting 11 which included Paudi Dillon who scored a wonderful brace last night when Tummery under 17s won the Brendan Keogh youth cup. Two more of his u-17 team mates jack law and Malachy McGurren were named amongst the subs.

Andrew Seaney got proceedings underway at crawfords lane that was still soft from the rain that had fell all week but had a zip on the surface well prepared by Conor Sludden early this morning.

Strathroy came out of the blocks flying and they were ahead after 1 minute and 40 seconds when Simon O’Neill placed a well hit volley inside the post leaving Niall McCrory no chance. Tummery weathered the storm after that an got well back in to the game. On 22 minutes captain aidy McCaffrey set Kyle McCrory through one on one with mcnamee in the harps goal and Kyle unselfishly squared for Paudi to fire to the unguarded net to level things up.

Harps responded well to the tummery goal and on 30 minutes Tommy Murphy forced Niall McCrory in to a first class save, the rebound fell to Murphy who hit the bar and ball went behind for a goal kick.

On 33 minutes aidy McCaffrey missed a glorious chance to put tummery ahead choosing to shoot at the near post and the covering defender forced it off the line with the goal at his mercy.

On 35 minutes Paudi forced a save from mcnamee in the harps net and that was the last of the action for the first half. Harps were trying to catch tummery on the counter at every oppurtunity with o Neill and Murphy switching in an out of the striker role.

Ryan rallied the troops at half time and the boys took to the pitch for the second half with three points on there mind.

On 53 minutes again Paudi Dillon hit the net from a Kyle McCrory assist to put tummery ahead for the first time. Tummery were well on top pushing the strathroy rear guard back further in to there own half. Kyle McCrory and his pace had the left back every time he got the ball he flew past him.

On 59 minutes the tummery crowd were treated again to a wonderful solo strike when Marty Hughes got the ball 40 yards from goal and hit the ball sweetly goalwards the ball nestling in the top left hand corner of the net. What a wonderful strike and technique.

On 63 minutes tummery were dealt a blow when centre half Oisin Gormley was sent off for a second yellow, some questioning if his first was harsh but Seaney had no doubt an brandished a red. It was all hands to the pump then with ten men against the 11 of strathroy. Tummery responded as they always do to blows and on 65 minutes Paudi Dillon completed his hat trick with his best goal of the three when he sweetly connected with the ball at the edge of the box with it rocketing in to the corner of mcnamee’s net, the connection and technique it was in the minute he hit it.

With Tommy Mullan, Michael Logue, Declan Molloy and Ryan Hanna at the back tummery stood strong with resolute defending and the midfield three working tirelessly strathroy could not get through on goal. Eimhin Cunningham who worked his socks off an some nice play was sacrificed to shore up the defence after the red card with Niall Quinn replacing him.


Martin Hughes was a handful for the strathroy defence all day holding the ball up and winning the aerial duels he worked his socks off all day. Aidy McCaffrey had a shot from distance after some nice build up play but it went wide.

Tummery held strong with Niall McCrory in fine form in the home net an commanding in the air he gathered every ball that strathroy threw at him and tummery seen out the game to win 4-1.

Thanks to strathroy for a hard fought well contested game an wish them well for the rest of the season. Thanks to referee Andrew Seaney for overseeing the contest.

To our supporters we thank you for turning out in big numbers an cheering on this special group of lads.

An a special well done to all our u-17s who lifted the silverwear last night after a great performance at youth sport. It’s the first of many trophies with this club a talented bunch of lads. Well done to the management and players.