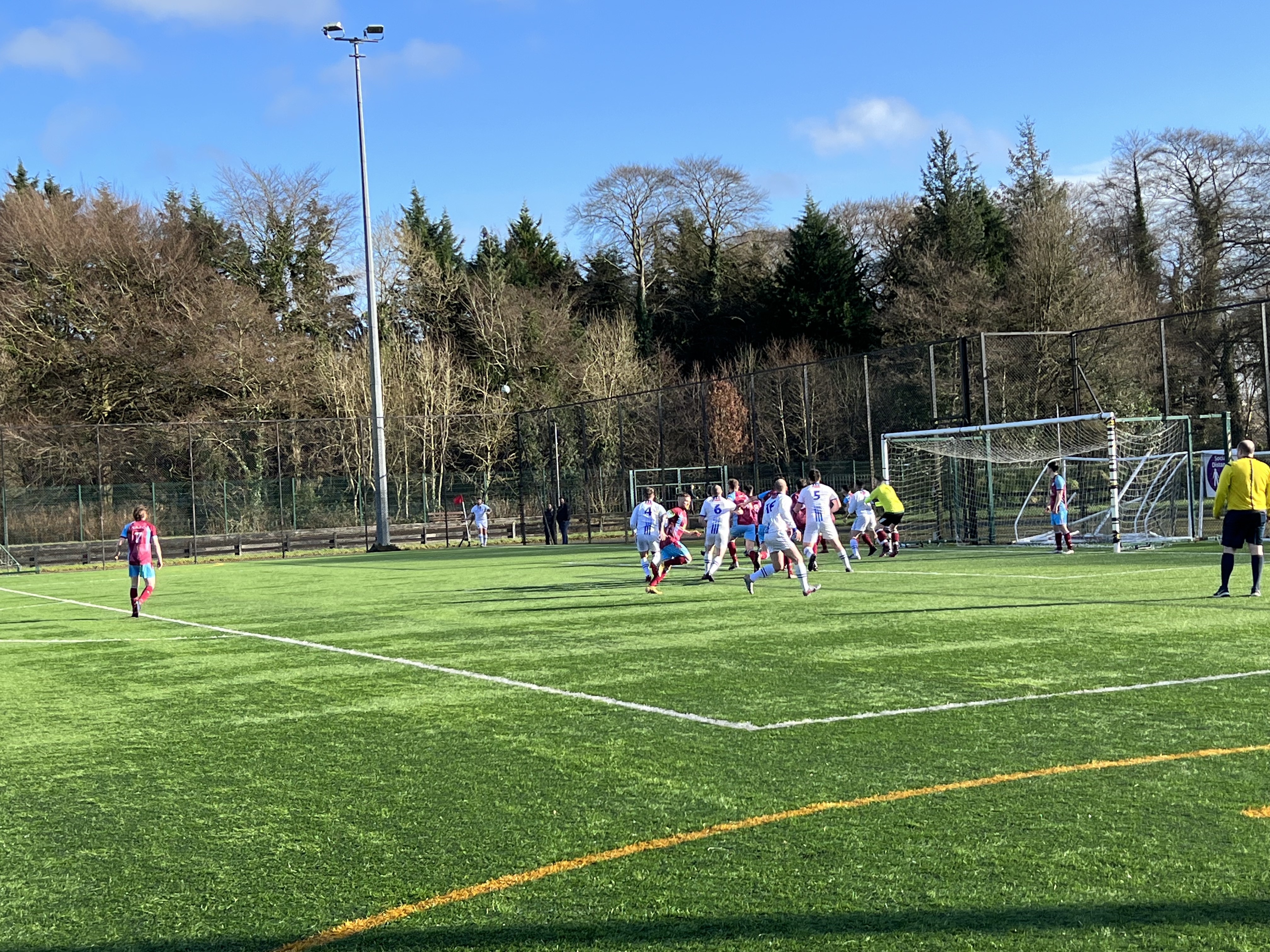 This weeks fixture seen tummery in action against derrychara united in the mulhern cup. Tummery being the holders of the cup as it wasn’t played for several seasons due to covid faced against already promoted new Derrychara United. The fixture was due to be at home but we moved it to the 4G at omagh leisure centre due to our pitch potentially being out of action after a week of rain and bad weather.


Tummery named a changed starting 11 from last weeks encounter with rangers, a few of these changes enforced due to injury and Ryan wanted to freshen things up. Lorcan McGready, Kyle McCrory, Blain Campbell, and Ronan McNabb coming in to the starting 11.


Martin Crawford got proceedings underway and on the 7th minute tummery we’re awarded a penalty as paul McHugh was brought down by the keeper when he chased down a ball in the 18 yard box. Upstepped Adrian McCaffrey and had his penalty saved by the chara keeper who also saved the rebound. As the half progressed tummery had several chances from Declan McNulty set pieces with headers wide and Declan himself had one just wide from a central position just outside the 18 yard line.


On 22 minutes derrychara broke forward and Barry McCann unleashed a shot from outside the 18 yard box and smacked the bar with a great effort. On 28 minutes Declan McNulty had a rasping effort saved well by the derrychara keeper. On 30 minutes the deadlock was broken when the ball broke to Eamon McCaffrey in the tummery 18 yard box and he finished the ball to the net with McCrorys view impeded by a few players in front of him.


Martin Crawford blew the half time whistle and tummery had a lot of work to do to get them selves back in to the tie after a disjointed first half performance against a team that was well up for the contest.


Tummery took to the field in the second half with a bit more urgency in there play but derrychara were happy to sit an soak up the pressure an try an hit tummery on the break and breaking up play at every opportunity and stopping the momentum. Adrian McCaffrey hitting the bar and Gary Lynch hitting the bar from outside the 18 yard box and a few whipped balls across the box begging for a finish but no one in claret an blue could get the finishing touch it looked like one of those days. On 81 minutes derrychara grabbed a second when Craig Johnston flicked the ball past niall McCrory after tummery we’re dispossessed in there own half.


Tummery the team that have shown immense character already this season would be forced to go to the well again in this game to find a route back in to the contest. On 84 minutes we had one goal back when Ronan McNabb headed home. Tummery pressed hard for the goal an mccaffrey hit the bar again minutes later. Derrychara we’re out on there feet and players going down with cramp all over the pitch and referee Crawford adding time on for head injuries and other stoppages. In the 94 minute Adrian mccaffrey pulled our boys level when he caught the Derrychara keeper out when he struck from 35 yards and the ball nestled in the top left hand corner of the net. The comeback of all comebacks was on and tummery pressed hard for the winner in normal time but it wasn’t to be.


Martin Crawford blew the full time whistle and after a short break both teams took to the field for two ten minute periods of extra time and penalties if need be to decide the game.


In the 6th minute of the first period of extra time that man again who has a habit recently of grabbing winning goals Mr Paul McHugh stabbed the ball home in the box from a Marty Hughes delivery. Tummery seen out the tie with Ryan Hanna playing at centre half for most of the second half and all of extra time due to a injury to Chris Crilly and we will him a speedy recovery.


Thanks to derrychara for a good game an Martin Crawford for overseeing proceedings today.

Thanks to all our travelling fans for cheering on the lads today and you have been there through it all with us the last few weeks the drama and excitement isn’t far away when it’s tummery in the cup but these boys are a different breed they never stop or never give up.