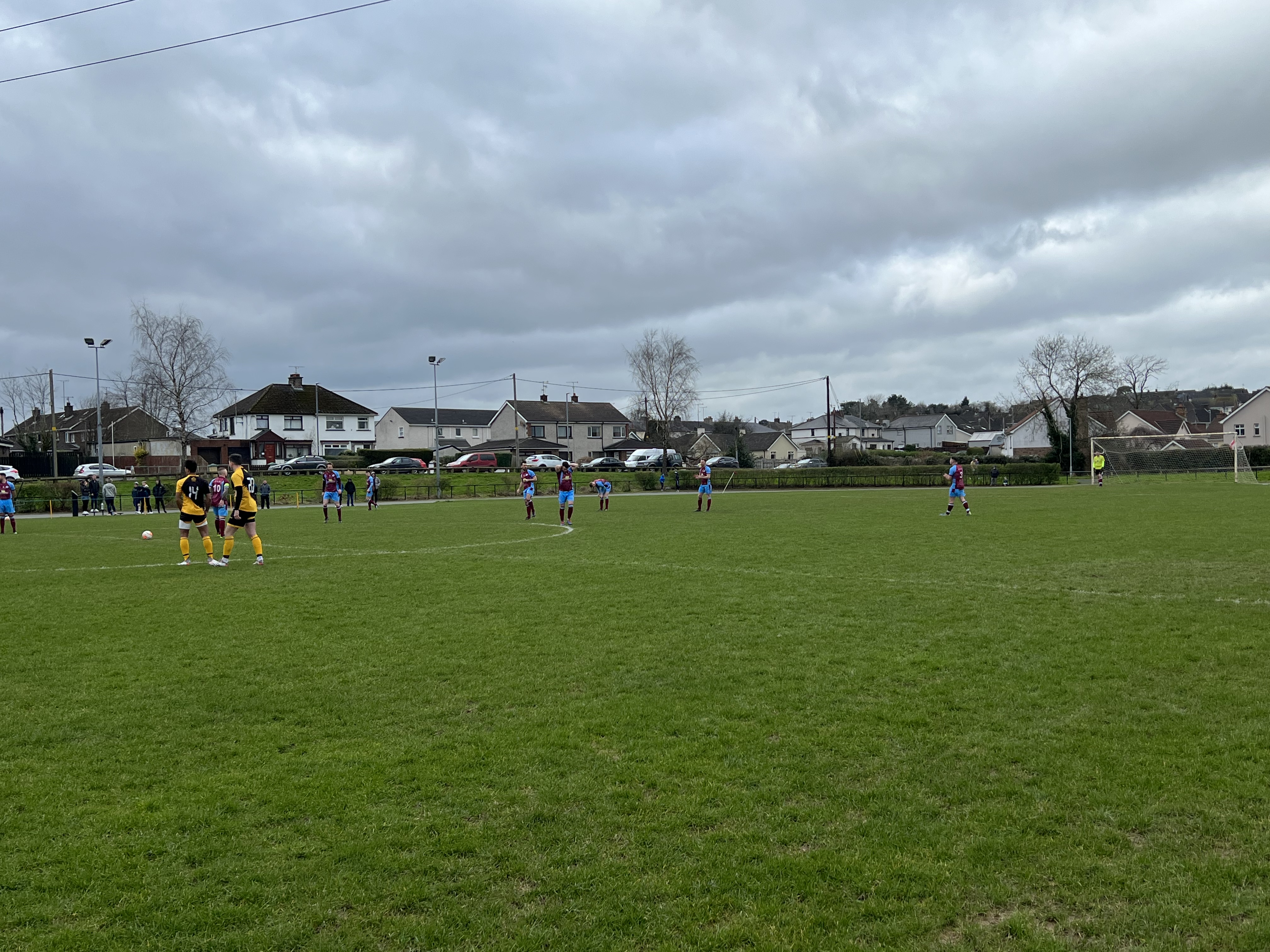 Tummery travelled to Gortgonis playing fields in coalisland to take on Coalisland Athletic in the quarter final of the blue ribbon Irish Junior Cup. Ryan named James Garrity in the starting 11 with Chris Crilly and Ciaran Beacom returning at the back.

Coalisland started the first half with a serious wind advantage with up on 30mph winds assisting every ball they delivered. Tummery with held the onslaught for the opening 20 minutes but on 21 minutes coalisland took the lead when Daryl Magee was allowed too much space at the left hand side of the box and unleashed a shot which beat Niall McCrory at the near post. On 26 minutes coalisland were given a chance to double there advantage when referee Quigley pointed to the spot when Kevin McAleer was adjudged to have fouled the coalisland attacker, niall McCrory pulled off a good save from the resulting penalty to keep the minimum between the sides.


Tummery struggled to get out of there own half due to the conditions. On 33 minutes coalisland doubled there advantage from a set piece a corner swung in from the left with the wind carried the ball in to the far corner of the net. PJ Lavery awarded the goal but I wasn’t in a position to contest it. Tummery had one half chance before the half time whistle when aidy mccaffrey played a great ball over the top and Martin Hughes got on the end of it he tapped it around the on rushing goal keeper but the ball went wide of the left hand post. Referee Quigley blew the half time whistle and tummery we’re the more happier team to see half time and have the wind advantage in the second half which was horrendous for defenders throughout the first half.


Tummery started the second half rallied by the half time team talk and James Garrity had a great chance when he found himself through on goal and unleashed a shot from the centre of the 18 yard box but it was high and off target really should have worked the keeper and a goal at this stage would have been game on. On 55 minutes tummery we’re dealt a hammer blow when niall McCrory conceded a penalty taking down PJ Lavery inside the 18 yard box and Quigley pointed to the spot. Upstepped Sean Corr to finish to the middle of the goal to put coalisland 3 ahead. On 57 minutes ronan McNabb replaced the injured Aaron McNulty at left back. Ruairi sludden was introduced on the 65th minute after a three minute delay. On 68 minutes coalisland defender Dan McNulty sustained a serious injury when he went over awkwardly on his ankle in a challenge with ruairi and there was a long break in play until he received medical assistance.


Tummery pressed an pressed for the break through but coalisland were dangerous on the break with the pace of Lavery an aerial ability of Stephen Corr. Coalisland reinforced there advantage in the tie an grabbed a fourth through Ciaran Magee after a counter attack and a ball not being cleared in the tummery box.


On 80 minutes tummery grabbed what was to be a consolation goal when ruairi sludden fired in to the roof of the net from the edge of the 18 yard box. Tummery had a series of corners and chances after that but nothing would go in an it wasn’t to be our day.

We wish coalisland all the best in the semi final and a speedy recovery to Dan McNulty after sustaining that serious injury. And for the hospitality after the game.

We bow out of the Irish junior but we will bounce back next week.

Thanks to all our supporters whom in big numbers made the long journey to coalisland and cheered on Ryan an the boys until the very end thanks to each an every one of you.