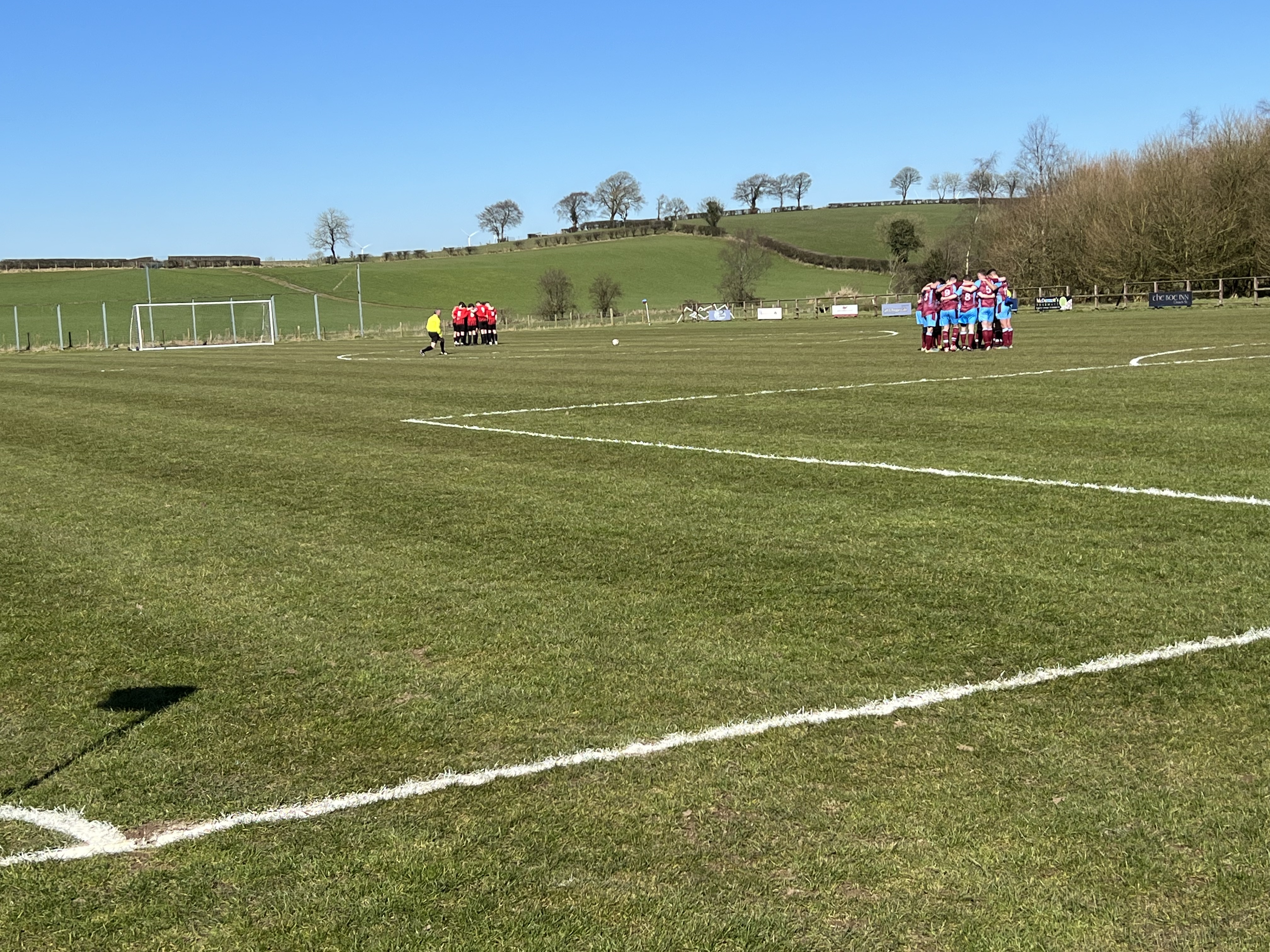 Tummery welcomed neighbours Irvinestown Wanderers to crawfords lane today on a bright mid march day for a 1pm early kickoff. The conditions and surface looked in favour for a good game of football but with the wind blowing a gale down the pitch it would make it very difficult to play against. The surface at crawfords lane had some much needed work done to it this week but previous months of rain and games on it left it far from perfect for a game with both teams finding it hard to play on the deck.


Kevin McAleer and Tommy Mullan returned to the starting 11 coming in for paul McHugh and Declan McNulty. Dermot Monaghan was the man in the middle in charge of proceedings against two teams at opposite ends of the table. Irvinestown gave a starting place to former tummery player Pearse McNabb in the midfield engine room.


Tummery started with the wind advantage in the first half which had irvinestown hemmed in to there own half for most of the opening 45 there only chances coming on the break from set pieces. In the opening 30 minutes Jerome carleton was the busier net minder saving shots from aidy mccaffrey, Marty Hughes, and ciaran beacom went close from a ruairi sludden corner the ball going marginally over the bar. The wind made it very difficult for irvinestown to get out of there own half even from goal kicks. Matty Callaghans tireless work rate covering every blade of grass with some neat foot work he linked up with ruairi sludden down the right wing and beat two defenders and fired the ball across the box but no one in claret and blue could poke it in to the net. Irvinestown nearly broke the deadlock when they quickly broke from a tummery corner and found themselves with a three on one situation but couldn’t find the final pass with covering tummery defenders getting back and clearing the ball.

On 32 minutes tummery finally broke the deadlock when a great touch from ruairi sludden set Marty Hughes through on goal who stretched and flicked the ball past the on rushing net minder carleton with the ball tricking in to the irvinestown net. It was a goal that tummery throughly deserved after the pressure they put on the irvinestown goal in the opening exchanges. Not even 60 seconds later the provider nearly doubled the advantage when ruairi released a rasping shot which struck the left hand upright and went across the goal line and out again with netminder carleton well and truly beaten. It would of been nothing less than tummery deserved in tough conditions with a swirling strong wind. Irvinestown were happy to get in at half time 1 down after facing that pressure and conditions for 45 minutes.

Ryan rallied the troops at half time and knew we would face a difficult second half against a irvinestown team that had its strongest 11 on paper available today playing against the wind in the second 45. Gerry McCullagh replaced Tommy Mullan on the 50 minute marker.


Irvinestown were getting joy in the opening exchanges of the second half and came out with there tails up, long balls from Jerome and deliveries from Mason they were causing trouble for the tummery defence and until the 69t minute they didn’t get through. A corner from the right found its way to an unmarked John Doonan who tapped it in to the tummery net inside the 6 yard box. With Stephen Sheridan well marshalled all day by ciaran beacom and chris crilly.


The equaliser drove tummery on an they looked to gain an advantage in the game again with aidy mccaffrey going close and ruairi sludden winning flick ons the ball just wouldn’t break for tummery. Irvinestown worked hard to curtail tummery all over the park. Tummery as we all know by now never give up and would not stop until the final whistle to get the three points.


And yet again tummery left it late when in the 89th minute ruairi sludden drove in a great free kick that was goal bound was palmed behind by net minder carleton for a corner. The quick thinking of aidy mccaffrey struck the corner quickly before irvinestown could get setup an he put it on the forehead of Ciaran Beacom who headed it to the net much to the satisfaction of the tummery squad and fans who knew the importance of this result an goal.

Tummery had a series of corners with substitute james Garrity who replaced aidy mccaffrey firing over with the net at his mercy.

Tummery defended there goal for the 6 minutes of injury time with irvinestown been given a few free kicks that were launched deep in to the tummery 18 yard box and corners were cleared by the commanding headers of chris crilly and ruairi sludden back deep in his own half at the end clearing the ball. Aaron McNulty stretching every sinu to clear a ball and referee Monaghan blew the final whistle to keep tummery top of the league and see off neighbours irvinestown who will feel they probably could of had a point out of this.

We wish irvinestown wanderers all the best for the rest of the season and thanks for a good hard fought derby game today.


Thanks to referee Dermot Monaghan for overseeing the contest today.


To all our fans that attended today we thank you for staying an cheering on Ryan an the lads to the very end today we never make it easy for you all but it was a good result against a very good hard working irvinestown team.


Unfortunately our reserves were on the end of a 7-1 defeat away to Mountjoy today, head up lads an go again next week. Let’s get out to training this week and put it right next week.