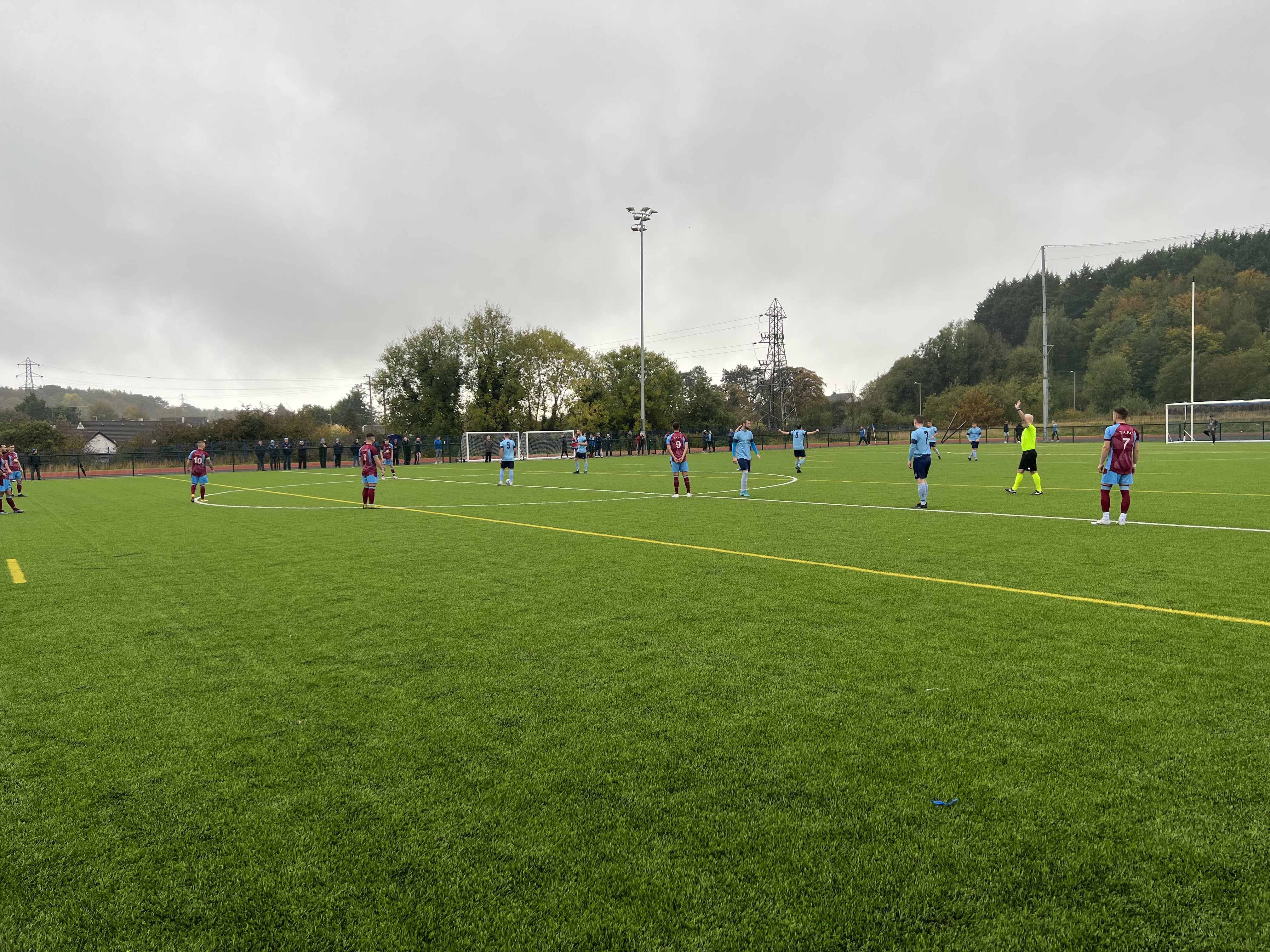 Tummery travelled to the immaculate st Michael’s pavilion 4G today to take on table toppers enniskillen town. Tummery named 2 changes from the team that took on beragh in the Irish junior last week with emmet mcnabb and Declan McNulty named in the starting eleven replacing Eimhin Cunningham and Paudi Dillon. Jerome McElroy was in charge of proceedings on a wet windy miserable October afternoon. With a good crowd in attendance Jerome got proceedings underway.

The first ten minutes were a cagey affair with both teams trying to get there foot on the ball with both teams with quality in abundance all over the pitch. On 11 minutes former tummery player and town man cathal beacom tested Niall McCrory which he was equal to. Minutes later emmet mcnabb rattled the post with pat cadden in the town net well beaten although the ball took a deflection an off the post an out for a corner which town dealt with well.


The rest of the first half town came in to the game more an more pressing tummery hard all over the pitch down our throat as soon as we got the ball. They had a series of corners after a sustained pressure one of which was flicked just wide of the post from a defensive header from Declan Molloy and the ever dangerous frank Wallace also going close from another corner.


On 44 minutes the deadlock was broken with what would of been a controversial goal if it had of decided the game when Adrian McCaffrey squared for Martin Hughes to finish high to the net past cadden. Gary Stewart on the wing got in a mix up when there was a second ball on the pitch but the referee allowed the goal to stand to put tummery one to the good. Cathal beacom then a minute later probably should of seen yellow for a late high tackle on Adrian McCaffrey his foot well over the ball catching aidy on the shin that was the last action of the first half.


Tummery took the short journey to the changing rooms to get out of the heavy showers. Jerome McElroy got the second half under way and 74 seconds in to the second half town were level when substitute Lee Brennan had an immediate impact on the game when he picked the ball up on the right wing and hit a shot at the tummery goal an beat Niall McCrory at the near post and it truly lifted town who felt they had been hard done by in the first half with decisions. Brennan impressed when he came on with the bustly kane Connor up front.


Tummery tried hard to break down the town rearguard with McKenna and beacom winning the aerial duels. Emmet mcnabb went on some good runs with the ball but was crowded out by town defenders.

On 61 minutes duwayne McManus hit a shot just to the right of the 6 yard box an it deflected wickedly off Declan Molloy an nestled in the tummery net to give town the lead. Town pressed for another goal and we’re awarded a penalty on 70 minutes which cathal beacom had saved by Niall McCrory down to his left hand side. This should of give tummery the lift they needed to get back in to the game and pressed up the field but were dealt a hammer blow when captain Adrian McCaffrey picked up two yellow cards within 90 seconds to leave it an uphill struggle to get back in to the game with 10 men. On 91 minutes frank wallace made it 3-1 with a fine finish following a quick counter attack.

On 94 minutes emmet mcnabb grabbed one back for tummery finishing past cadden to leave it 3-2 with seconds left on the clock.

Referee McElroy brought proceedings to a halt an town celebrated as any team would beating the champions from last year but I assure you tummery will be back hungrier than ever. It was a hard fought contest with some fiery moments but that’s what f&w soccer is all about no team giving another an inch and why we all love the local game.

Thank you to our travelling supporters who cheered us on till the last second.

Our reserves drew 1-1 with omagh hospitals today at the Bawnacre, substitute Aidan Colton with the goal.