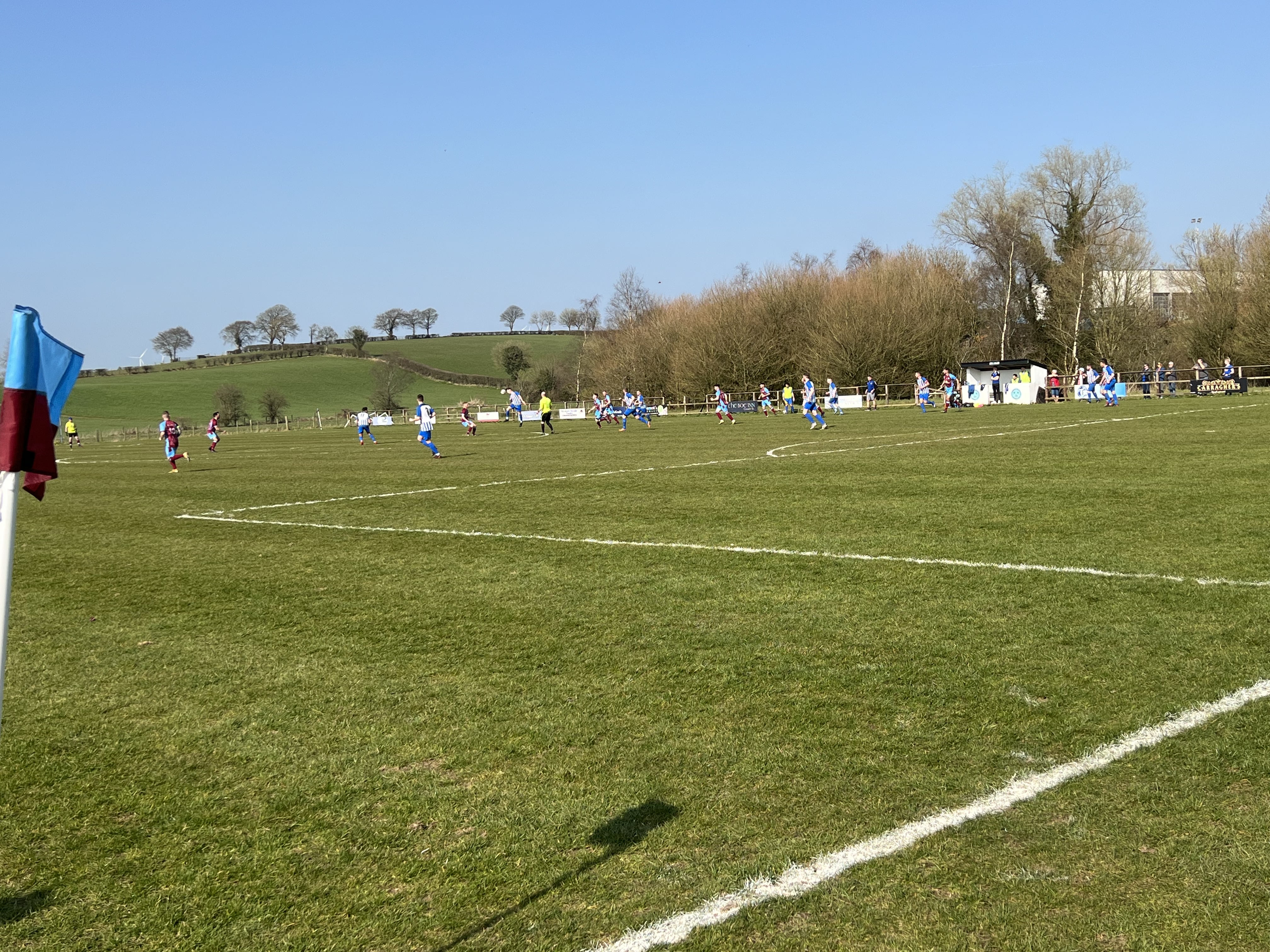 Tummery welcomed Killen rangers to Crawfords lane today on a sunny warm march afternoon. Killen in great form looking to take the scalp of tummery. Martin Kerrigan was the man in the middle for this encounter.

Ryan was forced in to a few changes from last weeks starting 11 due to illness at right back for Kevin McAleer. Paul McHugh and Declan McNulty returned to the starting 11.

Tummery started the first half flying they were pressing killen all over the pitch winning the ball back of killen who were looking to get the ball down an play. On 12 minutes Declan McNulty delivered a corner who Marty Hughes acrobatically got on the end of an the ball went wide what a goal it would have been. On 17 minutes killen were awarded a free kick in a dangerous position and graham young went close to opening the scoring from it. On 19 minutes the tireless Ryan Hanna at right back with some great foot work and running teed up Aidy McCaffrey who shot and the ball just went wide of the far upright millimetres away from nestling in the top corner.

On 30 minutes the deadlock was broken when Aidy McCaffrey was fouled not once but twice in the box and Martin Kerrigan pointed to the spot, up stepped Declan McNulty and sent Barbour the wrong way to make it 1-0. Less than a minute later tummery were 2 to the good when Aidy McCaffrey who was having a great game delivered a great ball in to the box an was headed out by Buchanan and Ruairi Sludden volleyed it in to the bottom corner of barbours net.


On 36 minutes tummery should of been awarded a second penalty when Buchanan tackled Aidy McCaffrey just inside the 18 yard box and Martin Kerrigan adjudged it to be a free kick instead when the whole tummery bench an fans thought otherwise. Aidy McCaffrey delivered the free kick on a postage stamp to the head of marty Hughes who rattled the bar with his header. On 37 minutes tummery had another great chance to increase there advantage when Marty Hughes reached for a ball in the 6 yard box and forced Barbour in to a point blank save. Killen looked to sit back and hit tummery on the break with long balls from Barbour. On 40 minutes Jordan Orr released a speculative effort from all of 40 yards and lobbed Niall McCrory in the tummery net was a great strike in fairness. Before the half time whistle was blew Ruairi Sludden had a great effort blocked by Buchanan again which was goal bound an with Barbour stranded at the other side of the net it would of been a great time to restore our two goal cushion.


Ryan addressed the troops at half time which was a great half of football from tummery in tough conditions with the sun and temperature, tummery worked tirelessly and probably should have been further ahead at half time.


Killen equalised in the 48th minute through that man again Jordan Orr when tummery were pressed back from a throw an the ball was crossed in coming off the post and broke to Jordan Orr unmarked in the 6 yard box to finish past Niall McCrory.

Tummery again had the majority of the play in the final third of this encounter but the ball would just not fall and couldn’t find the final pass with balls whipped in by Aaron McNulty and Aidy McCaffrey were begging to be finished. Killen were wasting time at every opportunity as they seemed happy with a draw.


James Garrity entered the fray on 77 minutes replacing Declan McNulty and won a corner after good link up play with Ruairi Sludden. Aidy McCaffrey had an effort from distance but was easily gathered by Barbour. Tummery had a series of corners as well and couldn’t find the finish that was required to restore our advantage. Then on 84 minutes after a series of mix ups at the back Jordan Orr finished the ball past Niall McCrory who also slipped on his way out to gather the ball, this put killen ahead for the first time in the game.


Tummery pressed hard to grab a equaliser but the ball was either too long or under hit an was cleared by killen rangers. Killen left crawfords lane with three points an defeated tummery for there first home league defeat of the season.


Nothing changes we go again next week 🇱🇻🇱🇻

Some comments in the match to a member of our team from an opposition player there is no place in sport for this less said about it the better.

We thank Killen Rangers for a good game and wish them all the best for the rest of the season.

Thanks to Martin Kerrigan for overseeing the contest today.


Our reserves were in reihill cup action today taking on league leaders NFC Kesh reserves and won 3-1. A great performance that sees them in the semi final now. Neil Gray and Paudi Dillon grabbing the goals. A very well done to manager Fintan McCarney a great result let’s go on the whole way now lads.