McHugh wins it for Tummery After Extra Time

McHugh wins it for Tummery After Extra Time 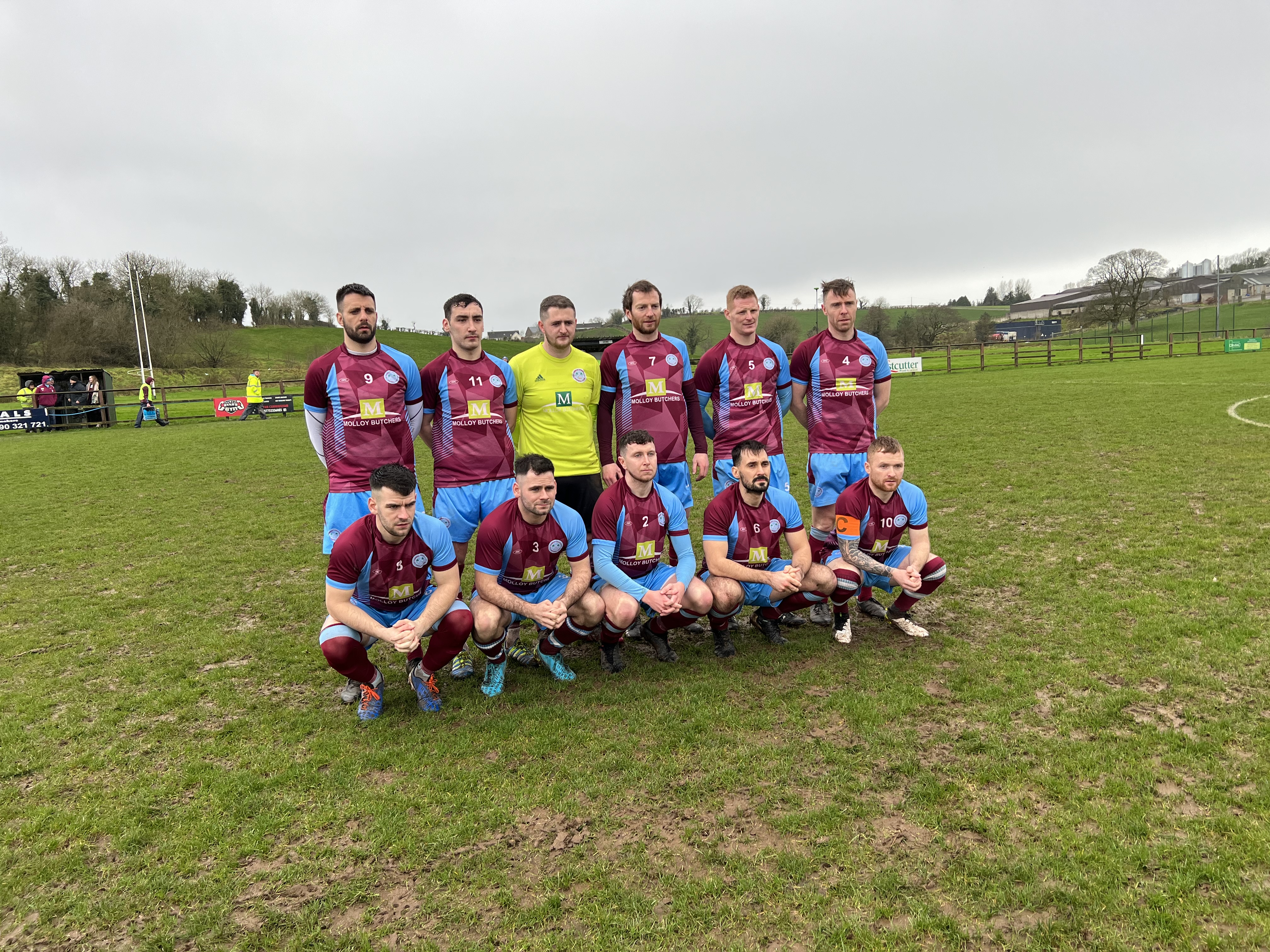 Tummery welcomed Enniskillen Rangers to Crawfords lane today in round 5 of the Irish Junior Cup in a rerun of the 2019 Irish junior cup final between two teams that have done battle on many occasions throughout the years. Today was going to be a battle with the Gael force winds and driving rain on a surface that has absorbed the last few days heavy rain it wouldn’t allow for free flowing fancy football.

Ryan was forced in to a few changes from last week due to player availability due to being cup and a few last minute fitness tests but tummery fielded a strong 11 with a few missing out on the bench as well with the regulation 5 subs.

Referee Terry Foley got the action underway and for the first 15 minutes both teams were working each other out with tummery gaining the upper hand and on 16 minutes the first chance of the game fell to Adrian mccaffrey but he couldn’t get on the end of a defence splitting cross from Declan McNulty. On 22 minutes tummery had a series of corners from both sides as Adrian mccaffrey forced peden in the rangers net in to a smart one handed save tipping the ball over the bar. The resulting corners evaded the tummery attackers an the game remained scoreless. On 30 minutes captain Adrian McCaffrey had a chance from a wonderful Declan McNulty cross and headed just wide with ciaran beacom maybe better placed behind him but the ball ended up wide and chance gone.

On 41 minutes ciaran beacom had a great chance to open the scoring when an acrobatic effort from mccaffrey broke to ciaran in the box and he fired over from just outside the 6 yard box. On 43 minutes mark cutler for rangers had a glorious chance and fired wide it really would have been a sucker punch for tummery as they really bossed that first half. With Ryan Hanna making some crunching tackles in midfield and paul McHugh working tirelessly in the middle. Referee brought proceedings to a halt with the minimum of added time.


Ryan addressed the lads at half time and reinforced the message of grabbing a goal in this half as we were well on top but nothing to show for it on the score card.

Tummery took to the field in the second half and on 51 minutes were dealt a blow when Jason Keenan was allowed too much space and finished to the net to put rangers 1 to the good. Tummery responded to this well and we’re pushing hard for an equaliser and on 71 minutes we’re given a chance to equalise from the spot when Matty chambers took down paul McHugh with another great run in to the box, upstepped Adrian McCaffrey and had his spot kick saved by Peden, palming the ball on to the upright and out. Tummery protested that the keeper was off his line when the kick was being taken but referee waved away any protests and played on. On 75 minutes tummery equalised with a spectacular free kick from Declan McNulty which was won by the hard work again by paul McHugh being fouled in a central position at the edge of the box. Upstepped McNulty an rifled the ball in to the top left corner to send the tummery faithful in to utter delirium. Tommy Mullan sustained an injury an was replaced by Ronan McNabb.

On 81 minutes rangers were in front again when niall McCrory punched a ball out from a corner and was bundled over the line by Nathan Khan, Kevin McAleer booked in the after math for protesting that him both an keeper McCrory were fouled in the build up. Referee pointed to the centre circle an awarded the goal. Two minutes later tummery we’re level again when that man again paul McHugh bombing in to the box and was brought down in the box again this time by keeper Peden. Upstepped Declan McNulty an out foxed Peden sending him the wrong way the ball rattling the net and sending crawfords lane in to euphoria.

Enniskillen rangers pressed for a winner and the horrendous conditions in there favour they were well marshalled by the tummery rearguard and midfield, referee brought proceedings to a halt and the game was in need of extra time to find a winner in the contest.

Tummery pressed hard for a winner and upstepped the man of the match paul McHugh again working tirelessly and covering every blade of grass on crawfords lane, paul harried down the defence and the ball broke to him in the box and he finished to an open net to send the tummery lads in to euphoria. Tummery introduced Niall Donnelly for Adrian McCaffrey and Niall nearly had another chance with his pace an direct running, running at the heart of the rangers defence.

Tummery stood strong in defence and seen the result through to the end with tireless work and every man on the pitch giving there all for the man beside them in claret and blue. Ciaran Beacom epitomising that when wasn’t fit to run off the pitch leaving himself completely empty to see tummery over the line. With Kevin McAleer and Aaron McNulty working hard up and down the wings all game and keeping the dangerous Cutler and Rainey quiet all day.


Tummery progress to the next round of the Irish Junior cup in what was a wonderful display of F&W football in a cup tie that was winner tales all. We thank Enniskillen Rangers for the great contest in horrendous conditions and wish them well for the rest of the season.


A special word of thanks to Referee Terry Foley who was very good throughout.


To all our supporters thank you for all your support and seeing us over the winning line on a horrible day for football. This result epitomises tummery we never stop in any conditions or pitches we push hard to the very end in every game with all your support thanks again. Every single player in claret and blue was a contender for man of the match with the work rate and character shown by them all today.

Next week we take on Derrychara United in the 1st Round of the Mulhern Cup and look to start our defence of the trophy with a victory.