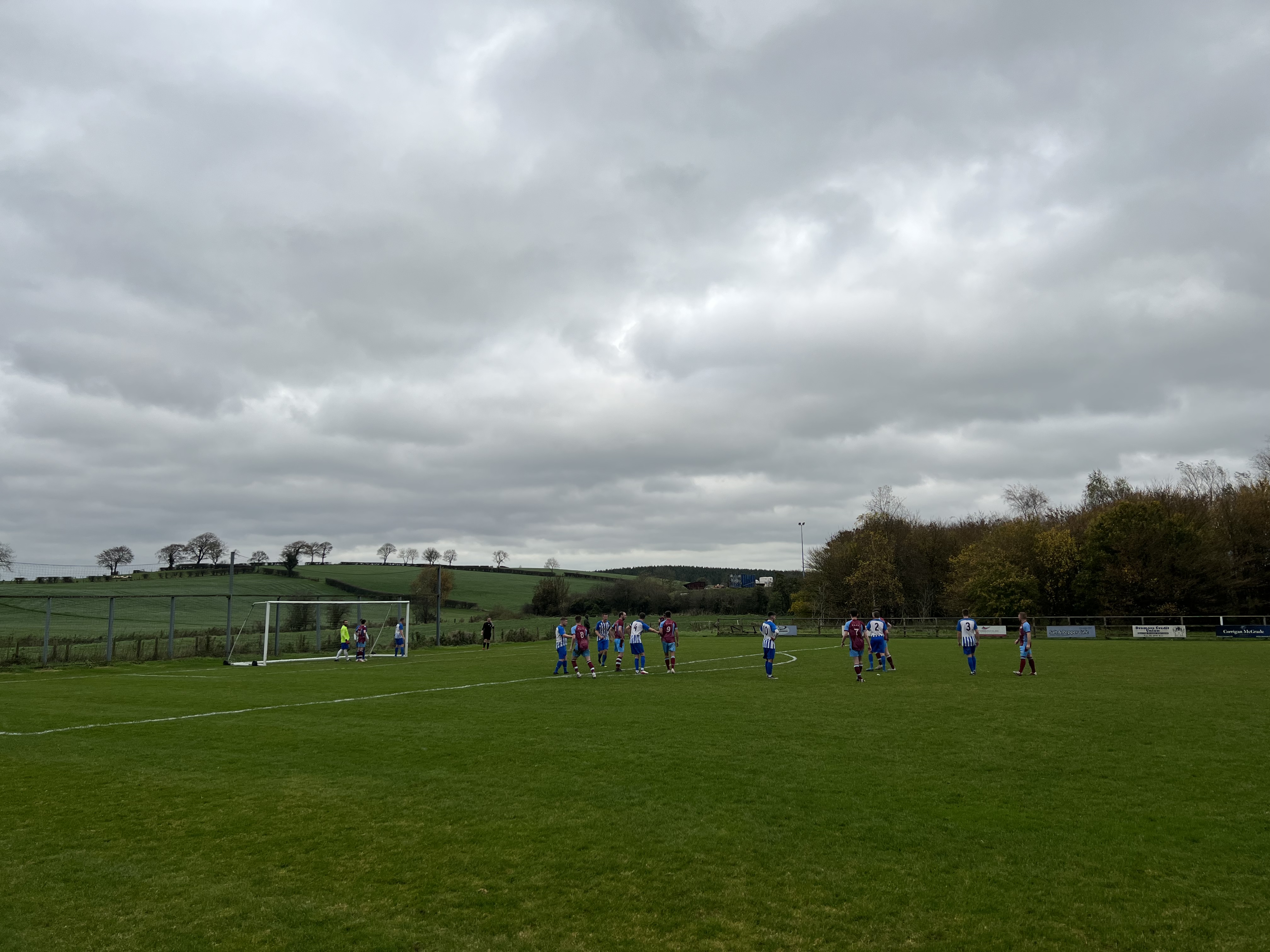 Tummery took on killen rangers for the first time this season in mercer league action at crawfords lane today. Ryan named a unchanged starting 11 from last weeks game against mountjoy. A killen side rooted bottom of the table yet to register a point with quality all over the park anyone in claret in blue knew this wasn’t going to be a easy tie regardless of league position and form. Last seasons home tie against killen was a good reminder for anyone doubting the ability of this killen side.


Sean Gallinagh got proceedings underway with tummery playing some nice football in the opening 15 minutes and got themselves in front when Martin Hughes chest controlled the ball from volleyed home past stand in keeper James Hemphill from the edge of the 6 yard box. Beating the keeper at his near post a nice finish but the keeper really should have done better. On 26 minutes killen were level when Darren long headed home at the back post from a graham young delivery a un contested header at the back post. On 32 minutes killen were ahead when Stevenson again headed to the net from a corner a free header at the front post this time. Tummery had taken there foot off the pedal allowing killen possession all over the park, particularly dangerous down the tummery right.


On 36 minutes there was a long delay when Killen defender Darren Long was struck by a rasping volley to the temple knocking him to the ground leaving him motionless. Darren was attended to by tummery medics and killen staff, he was helped from the field by players and staff from both clubs to be taken to hospital where hopefully he will make a speedy recovery. After a nearly 11 minute delay Sean Gallinagh got proceedings underway again an tummery could not get level before the break.

Ryan brought the lads to the dressing room for half time and what ever was said at half time the boys upped there game in the second half from the outset. Pressing killen further and further back sitting deep with 10 men behind the ball. The ball would not break for tummery in the final third and with more quality in the final third tummery would of been out of sight. The dogged an determined back line of Barclay and Finlay throwing there bodies on the line to block goal bound efforts tummery felt it was going to be one of them days. Paudi Dillon had a rasping effort blocked on the goal line by that man again Barclay.


On 72 minutes tummery were level when Paudi Dillon controlled an shot from the edge of the 18 yard box in to the bottom left hand corner of hemphills net. This goal drove tummery on to try an snatch the winner with Ryan Hanna driving forward from midfield and Kyle McCrory introduced off the bench surely it was a matter of time before the dogged killen rearguard cracked. Kyle McCrory should of put tummery in front with a glorious chance from a narrow angle he chose to use his left foot instead of his right an the ball was gathered by Hemphill with the goal at his mercy. Ryan Hanna went close. Martin Hughes had a chance just wide. James Garrity fresh of the bench for the final 10 minutes went on a driving run and had a powerful effort blocked again by Barclay. Killens only outlet was the dangerous Jordan Orr who held the ball up well buying free kicks for his team to relieve the pressure. He was well marshalled by Declan Molloy at the back for tummery.

The game deep in injury time Adrian McCaffrey lobbed a ball forward for Ryan Hanna who was through on goal but the weight of pass was too heavy and was gathered by Hemphill. Sean Gallinagh brought the game to a close. Tummery had about 5 penalty shouts in the second half for hand ball but they would of been harsh.

Tummery were punished for a lacklustre 20 minute spell in the first half and left themselves with a mountain to climb in the second half and just couldn’t get that winning goal in the end.


Thanks to Sean Gallinagh for overseeing proceedings and a fair good performance from him.

Best wishes from all the club to Darren long on his recovery and hope to see him back on the field soon.

We are in Irish junior cup action next Saturday against sandy hill from the mid ulster league division one at crawfords lane where Ryan’s tummery will be looking to bounce back with a clinical performance.