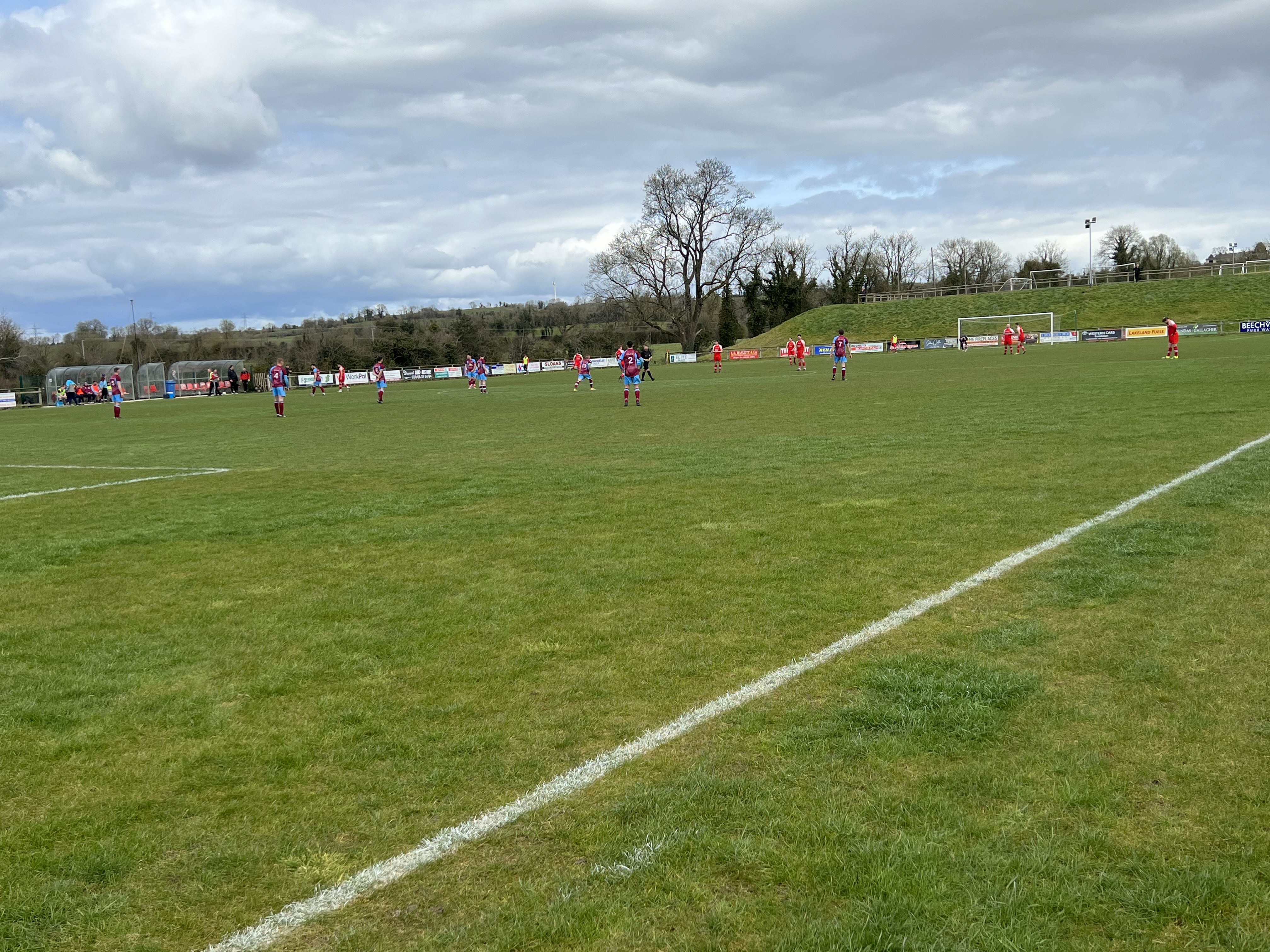 Tummery travelled to the ball range today to take on enniskillen rangers. Ryan named the same starting 11 that took on Enniskillen town last weekend. Andy Seaney was the man in charge of proceedings.

The first thirty minutes rangers and tummery exchanged blows with Niall McCrory having very little to do in tummery net apart from come an claim a few balls from corners. Matty Callaghan had an effort over the bar from a Ruairi sludden corner. But there was no clear cut chances for either team on the big pitch at the ball range.

On 33 minutes the best chance of the half for tummery fell to Aidy McCaffrey who was set through on goal by Ruairi sludden and with only the keeper to beat he put the ball high and over the bar was a great chance to open the scoring. On 35 minutes Chris Crilly had a header just over the bar from another Ruairi sludden corner. Tummery pressed hard to open the scoring but couldn’t find the final ball or the finish that was needed. Declan McNulty and Paul McHugh were both through on goal and a mix up between the two allowed the rangers defender to launch a last ditch tackle putting the ball behind for a corner when it should have been in the net maybe.


Andy Seaney brought proceedings to a halt on 48 minutes with rangers happy to waste as much time as possible throughout the half trying to hold tummery scoreless.

Ryan addressed the lads at half time enforcing the message that we were in a game and needed to get the goal our play deserved and needed to be more clinical in front of goal.

Both sides took to the field for the second half and Andy Seaney got the action underway. On 48 minutes the dangerous mark cutler had a great chance to open the scoring when he was one on one with Niall McCrory but the tummery net minder came out on top with a great save with his legs. On 50 minutes it was time for Peden to keep his team in it when he saved from Ruairi sludden who was through one on one after being slipped in by Aidy McCaffrey. On 57 minutes cutler again stung the palms of Niall McCrory when he let fly from outside the 18 yard box. On 64 minutes Paul McHugh rattled the underside of the rangers bar with a header from inside the 6 yard box a glorious chance gone when cleared by the covering rangers defender.


Jason Keenan and Stuart Rainey were introduced from the bench on the 65th minute and we’re having an impact straight away. Tummery had a penalty appeal waved away when a cross hit Philip Beacom square on the arm in the box but Seaney wasn’t interested. On 78 minutes Martin Hughes and James Garrity replaced Aidy McCaffrey and Paul McHugh in the tummery team. Martin Hughes deployed upfront was holding off the rangers defence but each ball that broke fell for rangers and every ball from tummery would just not fall and trickled out over the end line.


On 82 minutes mark cutler opened the scoring for rangers when he tapped in at the back post after ball sprayed across the box by Keenan. After this rangers done everything they could to waste time kicking balls away an not being booked and we’re determined to take all three points from tummery who dominated the game but didn’t hit the net. Ciaran Beacom should of had a penalty late on when he was taken out before he could shoot which referee Seaney wasn’t interested in. Tummery threw caution to the wind with Blain Campbell coming on as an extra striker for Kevin McAleer and won a flick on header but the ball wouldn’t break Tummery’s way. Matty Callaghan was stopped from going for a ball in the middle when mark cutler blatantly held on to his leg on the ground and the referee deemed to book them both which stopped the game again. Rangers held on an took the three points on offer.

We wish enniskillen rangers all the best for the rest of the season and thanks Andy Seaney for overseeing the game today.

Our reserves took on enniskillen rangers reserves today at crawfords lane and recorded a 2-1 victory with 2 goals in the second half from Michael Williamson and Colm McNabb. A great result after being 1 down after 2 minutes to a penalty good result lads well done