Converted penalty wins it for tummery at the death

Converted penalty wins it for tummery at the death 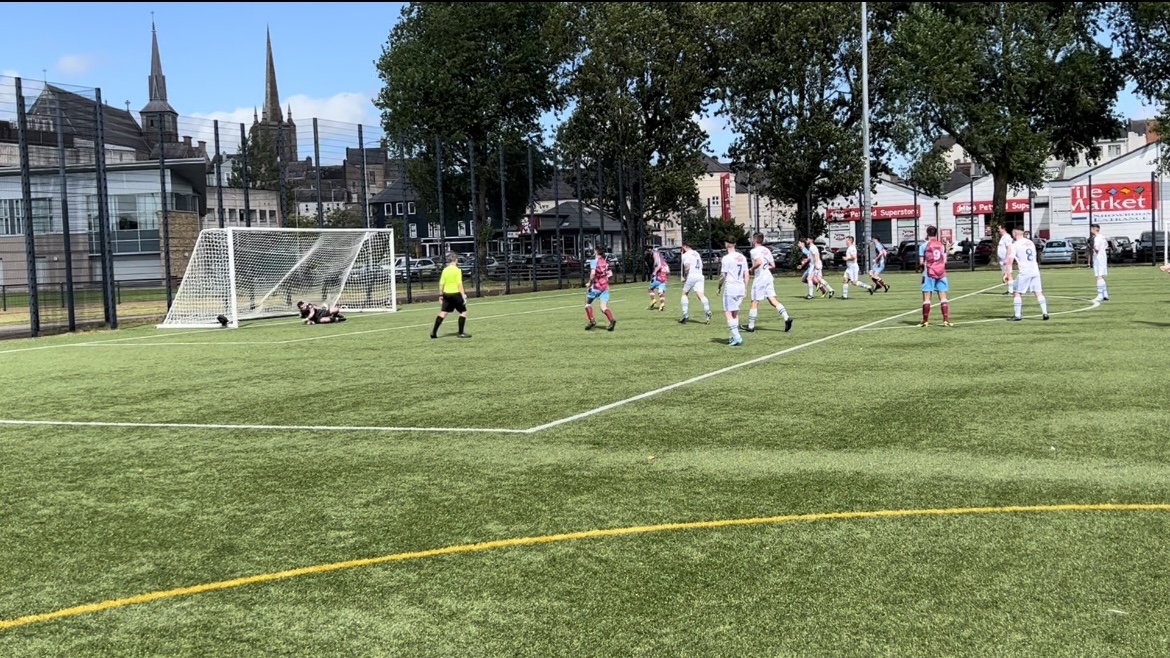 Tummery travelled to the Lakeland forum to take on Derrychara United. Ryan Hanna made his first league appearance of the season after coming back from holiday. The first half an hour of the game in truth had no clear cut chances for either side until Kyle mccrory chased down a ball that looked destined to be dealt with by the Derrychara centre half when the home keeper clattered Kyle and Sean Gallinagh pointed straight to the spot, captain Adrian McCaffrey stepped up and converted from the spot to put tummery 1 to the good. The remaining 15 minutes of the first half didn’t produce any other clear cut chances with Niall McCrory catching easily from Derrychara striker Fawcett and dealt easily with a Craig Johnstone snapshot from the edge of the box, the resulting corner came to nothing an Gallinagh brought proceedings to a halt.

Ryan addressed the lads at half time reinforcing the importance of maintaining a clean sheet. Gerry McCullagh replaced Eimhin Cunningham at half time. Derrychara we’re pushing hard for an equaliser on a surface that was sticky and the wind carried each high ball further than intended. Derrychara made changes 10 minutes in to the second half bringing on Ryan o Keefe and Ollie Russell. On 61 minutes Ryan o keefe beat Tommy Mullan and was in on goal an dispatched to the net to level the scoreline. Derrychara pushed hard again to try an gain the advantage but we’re kept at bay. Paddy beresford blew a glorious chance putting the ball over the bar from 6 yards for the home side but it wouldn’t have counted as he was off side. Derrychara had the ball in the net from a free kick but it was disallowed due to a offside. That man again beresford missed another glorious chance and Ryan o keefe went close from an acute angle. Tummery chances fell to Kyle McCrory when he was set through one on one on goal and hit his shot straight at the Derrychara keeper, Martin Hughes had a glorious chance at the back post putting his header marginally wide.

On 89 minutes Derrychara had a great chance to surely win the game when awarded a penalty, Fintan McCarney adjudged to have fouled the tricky o’keefe in the box, upstepped Craig Johnstone to hit the spot kick and Niall McCrory saved it an grabbed the ball before any attackers could capitalise on it.

On 92 minutes Martin Hughes was dribbling his way through the Derrychara box when a trailing leg caught him an down he went, Gallinagh pointed to the spot and aidy McCaffrey dispatched the ball to the net to give tummery the three points in stoppage time.

Derrychara pushed for an equaliser and after two more minutes of stoppage time Gallinagh brought the game to a halt blowing the full time whistle as tummery took all three points.

Thanks to all our travelling supporters for making the journey today and cheering on the lads. Thanks to referee Sean Gallinagh for overseeing proceedings. 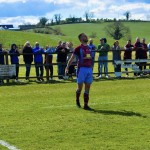 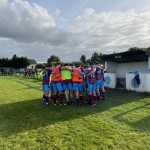