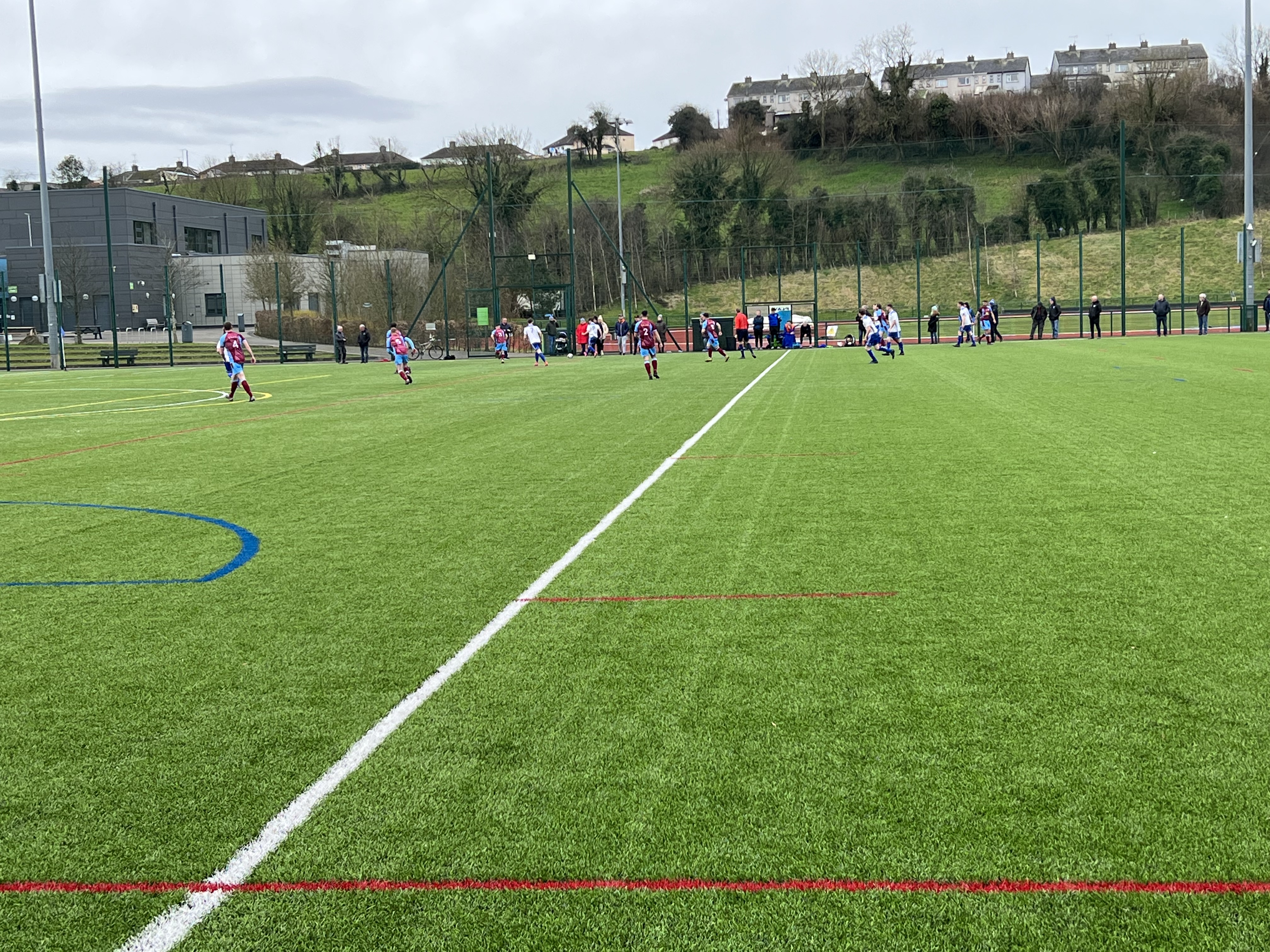 Tummery made the long trip to the peace links complex in Clones today to take on Maheraveely on probably the biggest pitch in the Fermanagh and western league. Maheraveely has never been an easy place to go and Ryan knew his team needed to be on top of there game to leave with three valuable points to keep pace with leaders Dergview reserves.

Ryan named his starting 11 with a few enforced changes with personnel not available, Blain Campbell returned to the starting 11. Matty Callaghan was named amongst the subs. Tummery got out of the blocks early doors with high intensity football and pressing Maheraveely all over the park. On 8 minutes tummery opened there account when ruairi sludden delivered a rasping corner from the left which was recycled by chris crilly at the back post and headed home by the returning Blain Campbell.


On 15 minutes tummery we’re knocking on the door again with excellent build up play the ball laid off to paul McHugh who put the ball narrowly wide. On 19 minutes David Elliot had a effort saved by niall McCrory in the tummery goal an the ball was cleared by the head of Blain Campbell. On 24 minutes referee Brian gault missed a blatant hand ball by David Elliot who controlled the ball with his hand putting him through on goal an blasted the ball over the bar to the outrage of all the tummery players and bench a very obvious error that could of had equalled the score line.

In the 26th minute referee gault awarded a free kick to ruairi sludden in a dangerous location on the left 25 yards from goal, the resulting free kick was whipped in dangerously by Declan McNulty and was headed in to the net with a lovely glancing header from paul McHugh to double the advantage. Tummery were playing some lovely football on the artificial surface making use of the width, great link up play with Marty Hughes, Ryan Hanna, and Adrian mccaffrey involved and a delightful touch from ruairi sludden set himself through on goal and had his shot well saved by the Maheraveely keeper. On 36 minutes referee gault brandished the first card of the day to ciaran beacom for a mistimed tackle on Andy little. Tummery had another few chances before the half time interval to increase there advantage with paul McHugh going close with another header and ruairi sludden forcing the Maheraveely keeper in to another fine save just on the 45th minute. Referee gault played the minimum amount of injury time and brought proceedings to a halt.

Ryan addressed the troops at half time enforcing the message we were in the same position last week and never enforced our dominance further on the game so we needed to push on this week. The thought never entered anyones head that Maheraveely were not going to come out and make a proper battle of it again in the second half as you never get anything easy at the peace links.

On 49 minutes Blaine Campbell was in referee Gault’s notebook for a mistimed tackle. Both teams exchanged blows with both keepers forced in to good saves up until the hour mark tummery pressed hard to put the game further out of the Maheraveely mens reach but to no avail. On 65 minutes aidy mccaffrey played a pinpoint through ball to paul McHugh who was through one on one with the keeper who yet again made a great save. On 67 minutes niall McCrory made a great save again from the dangerous David Elliot, spud was determined to keep his sheet clean with a good performance between the sticks, and with ciaran beacom and Chris crilly and Blain Campbell in great form in front of him and ryan and Aaron at wing back it would prove fruitless for the Maheraveely attackers. Gary lynch replaced Martin Hughes who won his fair share of flick on balls all game and some great link up play with ruairi sludden who had a good game up top and worked tirelessly for the 90 minutes. On 83 minutes ruairi sludden had a chance to finally put the game to bed an yet again his rasping effort was pushed around the post by the Maheraveely keeper. Matty Callaghan replaced skipper Adrian mccaffrey for the final few minutes adding extra steel to the engine room ensuring tummery seen out the contest and went home with the three points. Whistler gault blew the full time whistle much to the satisfaction of tummery who left with three points and a very good performance against a formidable hard working opponent.

Thanks to Maheraveely for a good sporting game and wish them all the best for the rest of the season. Thanks to whistler Brian gault for overseeing the contest who had a good game overall although I still disagree that the ball was over the line when he overruled me but we can’t get them all.

Thanks to all our travelling supporters who made the long journey to the peace links an cheered us on to the final whistle.


Our reserves progressed in the reihill cup with a great victory at home, beating Maheraveely reserves 3-1 with Michael Williamson, Gabhan McCusker, and Neil gray grabbing the goals. Well done to finty an the boys let’s keep this going an go all the way in the cup.

On a more serious note come on tummery 🇱🇻